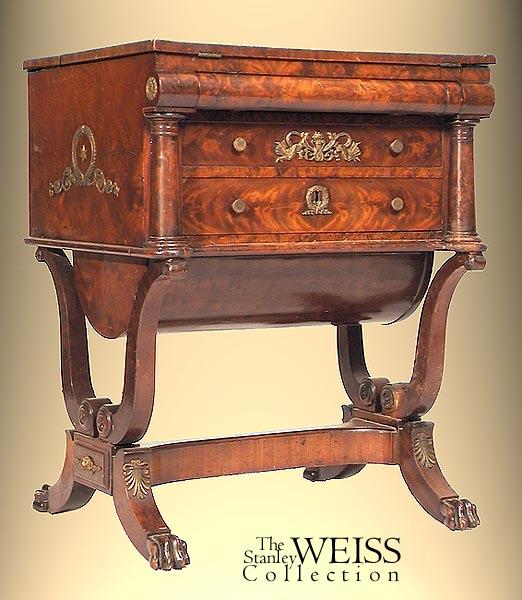 Lannuier school with counter weighted interior fold-down desk all supported on two Lyre midsupports above paw feet.  This, to our knowledge, is the only known American worktable of this form. This piece shows the essence of skilled wood craftsmanship at a time when few cities compared to New York in its ability to support customers at this level of complexity and quality.There have been no alterations or losses to this piece. It remains with its late 19th century surface. When we acquired this piece, the counterweights were inoperative retaining early catgut pulley strings. The natural aging of the mahogany sides revealed a completely mortised case of the highest shop standards. The quality of the mahogany and style of New York paw foot speaks for itself.

Also, "Lannuier school" is used because the style is continental and the quality is perhaps a cut above Phyfe, one of many contemporaries in the New York boutique woodworking shops in the first part of our 19th century. American softwoods are found in a number of areas in its case construction. 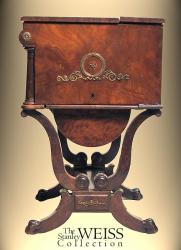 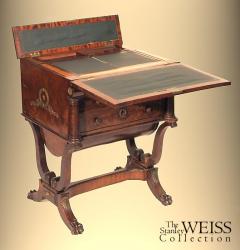 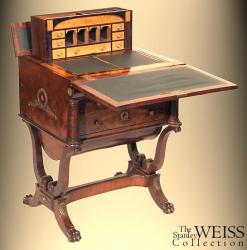 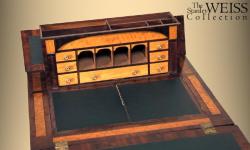 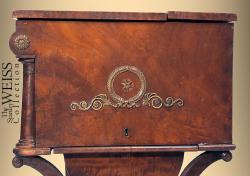 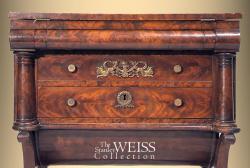 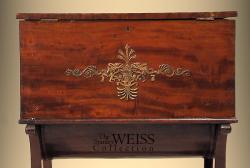 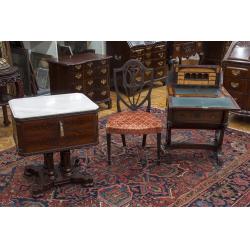