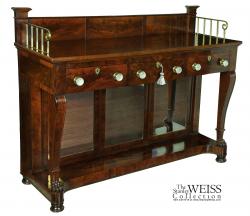 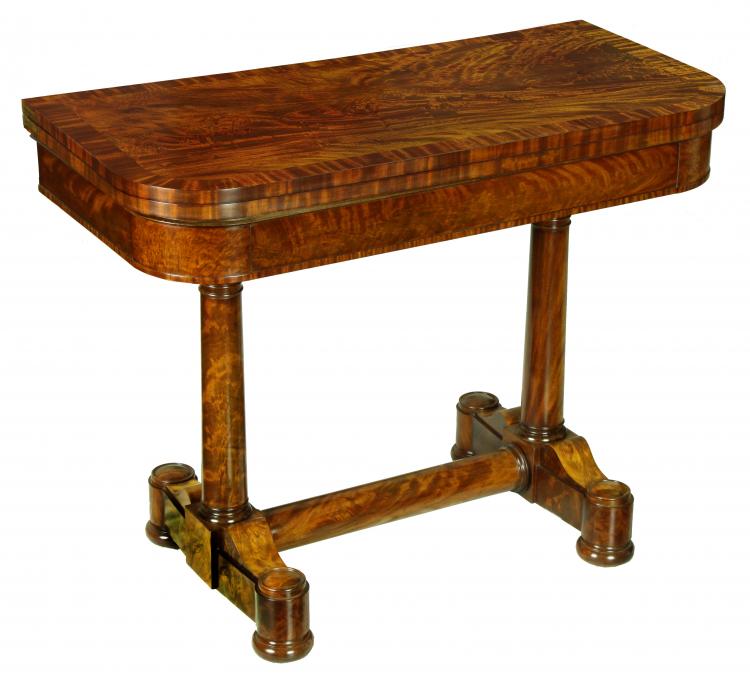 This card table is in the French restoration style which was in vogue during the 1820's in New York and found little expression in other urban areas.  More than others American cities of the, New York was an international city, and the French influence was felt with emigres from France that established workshops here, i.e. Lannuier.

This table is particularly interesting to us because it is made in the same style as a dining room table we offer with columnar supports, the whole also resting on a bracketed trestle base with turned feet in casters and it is nice to see one next to another en suite (see item sw00488).

Interestingly, when the top is opened, the inside well is lined with its original marbleized paper.  While others may have made this form, the craftsmanship is of such high standards that this example must have been produced by Phyfe or a contemporary of equal rank surely produced. 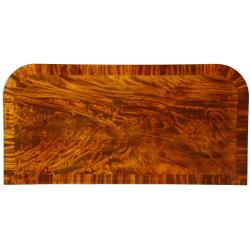 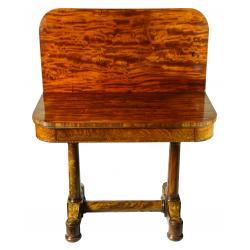 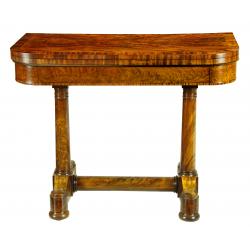 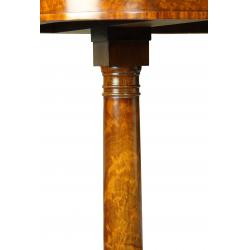 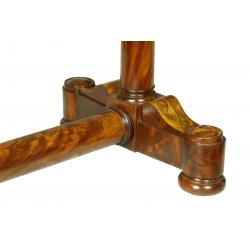 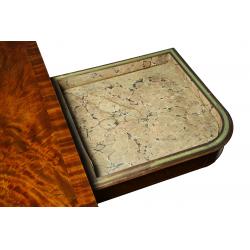 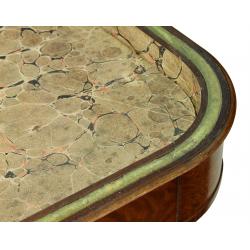 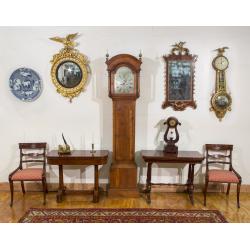 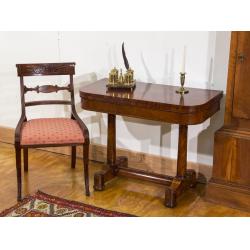