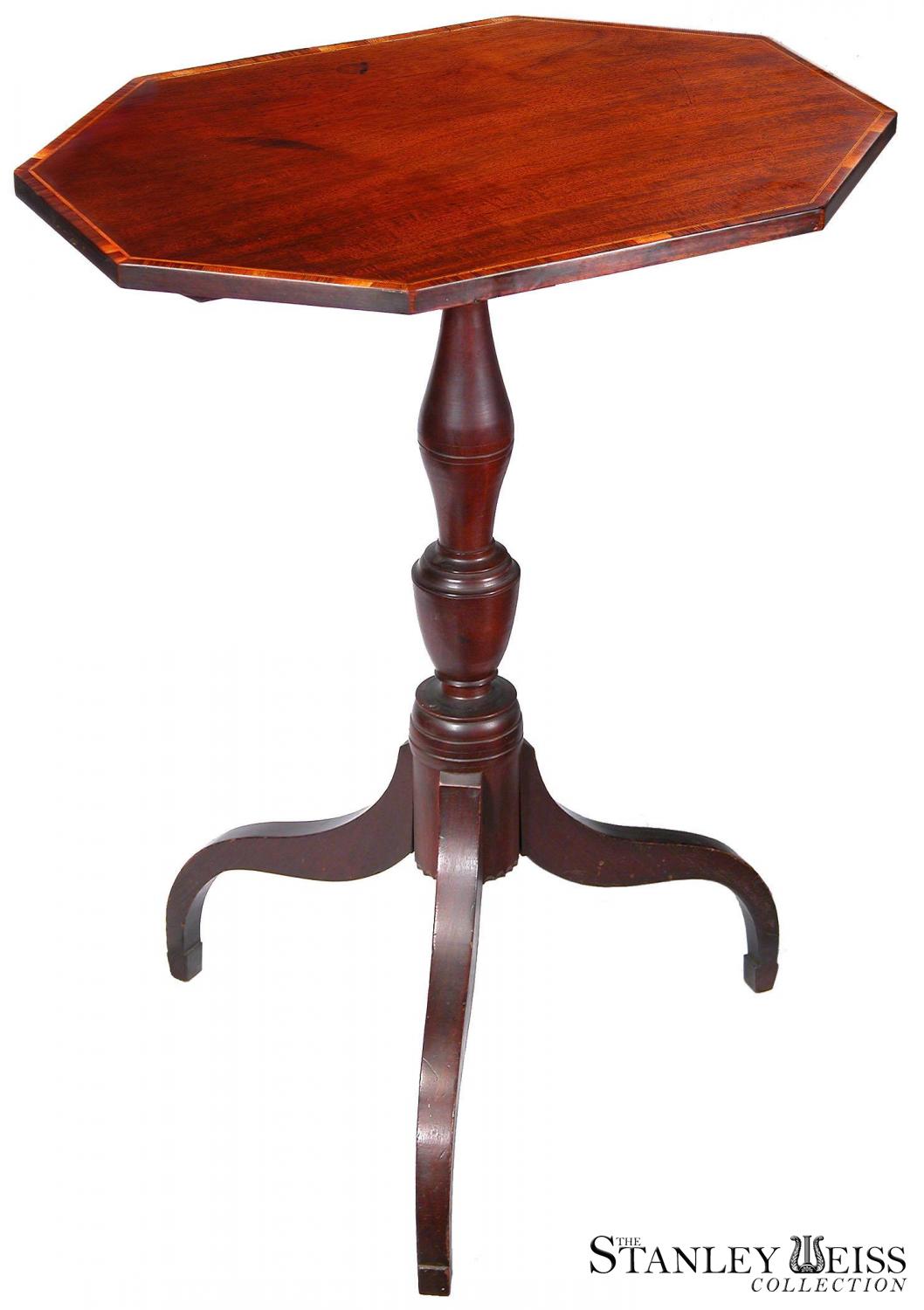 This tilt-top table has a solid top of figured mahogany.  Of most interest is the fine inlaid banding around the top.  Note the multi-colored inlay strip which is bordered by a variegated banding, which is composed of a multitude of contrasting woods laid out and recut into a distinctive continuous strip.

The base retains its original surface and latch (see detail).  The underside of the top reveals the clean surface where the block protected this surface when closed and is one of the indicators of its originality.  The latch itself is original, and of interesting early hand-hammered construction.  It’s not one of those cast latches that were sent over from England, but fashioned in America. 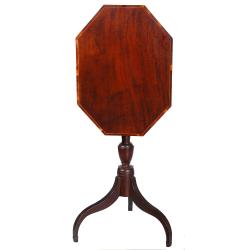 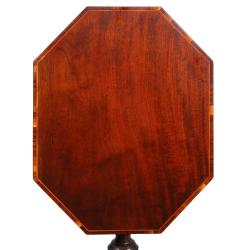 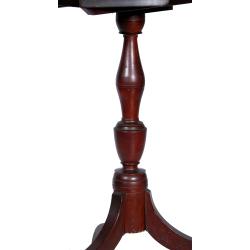 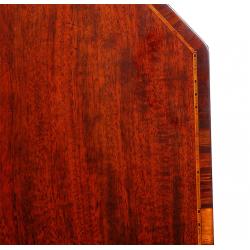 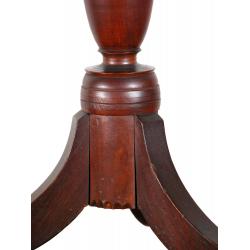 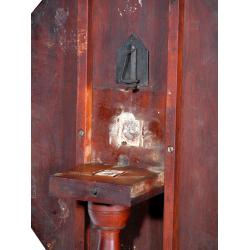 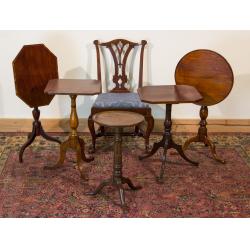 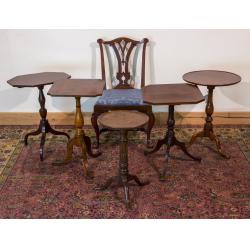