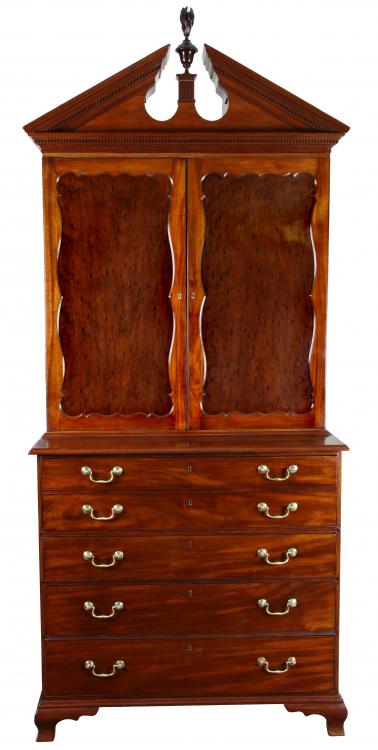 This casepeice is illustrated in the 1999 edition of American Furniture (pps.179-181).  (A scan of this illustration is included in the images below.)  It is one of a school monumental casepieces with pitched pediments once thought to be the work of Newport masters, but all of which have well known Providence provenances suggesting that this work was being done in the capital city by it's best makers, perhaps John Carlile.

Tristam Burgess (often misspelled "Tristram Burgess") was son-in-law of Welcome Arnold, a prominent 18th century business partner of the Brown family of Rhode Island. Burgess was appointed Chief Justice of the State of Rhode Island in 1815, and represented Rhode Island in the United States Congress from 1825-1835. For more information on Burgess, click here to read his extensive obituary in the New York Times. This desk was made for him around 1801.

This desk was purchased out of Pook & Pook. We were informed by Ron Pook that this secretary came from the estate of Paul Frantz, former Dean at Lehi University, who bought this piece at the Philadelphia antique show about 30 years ago from J. Carey, a dealer in the Philadelphia area.

The provenance of the desk is as follows. (...a brass plaque inside the prospect door documents the first 100 years of provenance. )
Height: 106 in. 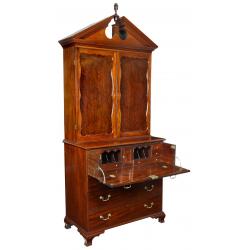 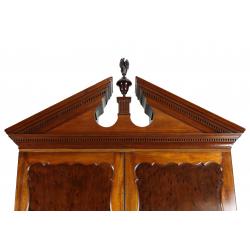 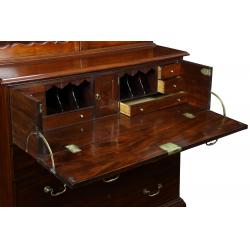 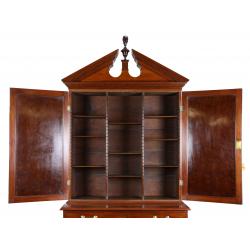 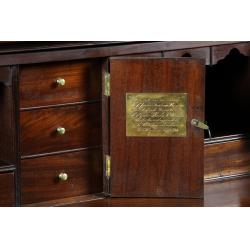 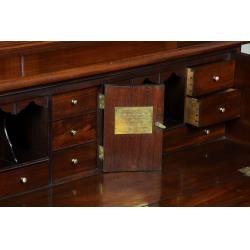 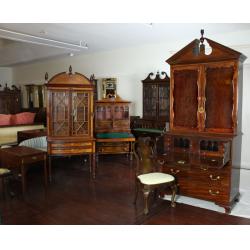 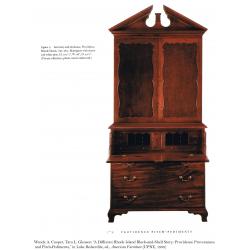