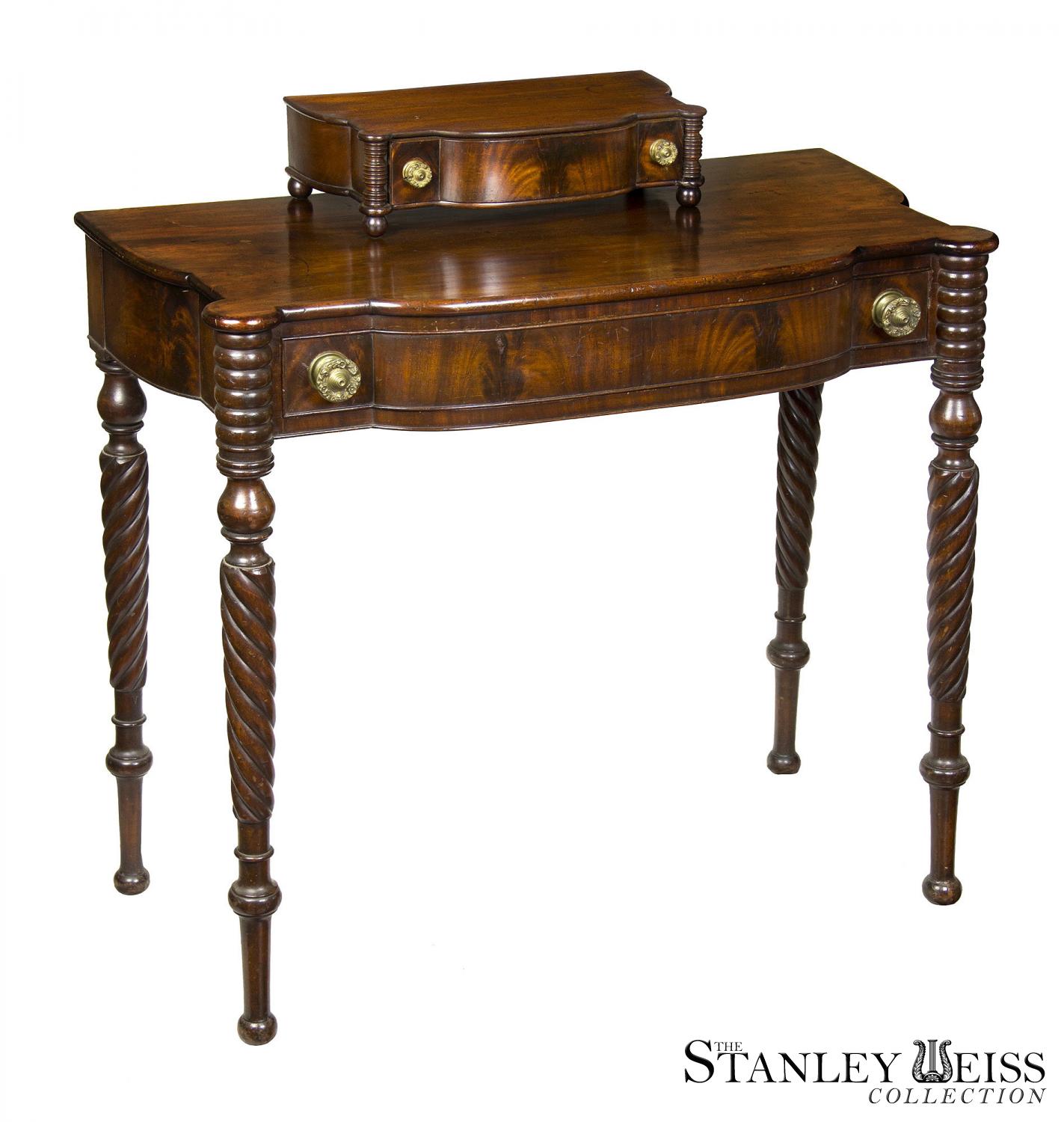 This is an extremely well-preserved North Shore piece with its original brasses.  The crotch mahogany veneers are bookmatched, the top of solid mahogany, and the legs are of a beautifully tapered rope turning.  The overall piece has a beautiful amber glow from an earlier time and has been waxed with no breaks or alterations whatsoever.

Attached is a related dressing table with an earlier, Hepplewhite mirror on top of the dressing box.  Generally, these pieces have larger independent looking glasses behind them.  These dressing tables with full drawer and dressing box are quite rare and this is a superb example of the form.   The uniformity of oxidization, original matching brasses, and elements of case design tell us quite clearly that the case and table are original to each other, and have no replacements.

An examination report on this item by Philip Zimmerman, Ph.D. follows:

On Thursday, November 20, 2014, I examined a mahogany dressing table with an “elliptic” front, half-elliptic sides, and a dressing box of the same shape designed to fit into holes in the tabletop. The outset, or “ovolo,” front corners have ring turnings above twist-­‐turned legs that spiral in opposite directions when viewed from each façade. The prominent and well-­‐articulated balusters above reels at the tops of the legs recall similar turnings in Boston and Salem furniture.

Although the dressing box and table share general shapes, they differ in decorative details, notably the front-corner ring turnings and use of cockbeading on the drawers. The larger lower drawer is made of white pine with a mahogany veneered drawerfront protected by cockbeading. The small box drawer has no cockbeading and mahogany drawer sides. Despite these differences, other features tie them together with reasonable certainty. The stamped brass pulls, which appear to be original on each drawer, differ in size but are of the same design. Also, dovetails are the same (before addition of cockbeading on the larger drawer): both drawers have very narrow dovetail “pins” at the top, above two wide dovetail “tails.” The bottom pin is spaced similarly from the bottom.
Of interest, the small drawer bottom slides into a neatly executed angled rabbet that holds the board in place; it is nailed in back.

Construction of the table is characteristic. The thick white pine side rails are cut to shape and the outside surfaces are veneered. Cockbeading runs along the bottom. The front drawer blade attaches at each end with a wide dovetail cut into the side rails and nailed in place. The front edge is covered by mahogany crossbanding. The turned rear legs are integral with the rectangular mahogany blocks where the side rails join. Join of the front legs to the frame is not visible. As is typical of New England work, the tabletop is a solid board.
The detachable dressing box originally fit in four round holes drilled into the tabletop.  Presently, only the rear ball feet have rounded projections (i.e., tenons) that anchor the box to the tabletop. The front ball feet show evidence of these same rounded tenons, but they have been sawn off; corresponding holes in the tabletop have been filled. The reason for this alteration is shrinkage (i.e., contraction across the grain) of the tabletop board, which in turn caused splits in the bottom board of the dressing box. Splits are visible where both of the proper left ball feet are tenoned into the box bottom.

Contraction, creating inward pressure at each foot, clearly caused the front split. The rear split represented the weakest part of the bottom board. That the proper right feet did not cause similar splits indicates uneven contraction of the tabletop board. In any event, once the splits occurred, a restorer solved any and all problems related to shrinkage by sawing off both front-foot round tenons intended to fit into the tabletop. The tabletop, by the way, exhibits prominent water-powered sawmarks on the underside.

Condition notes: A drawer side of the large drawer exhibits evidence of woodworm activity, as does the corresponding rail in the table. There is no evidence of live or active woodworms. The proper right rear leg has split and has been glued at the top of the turning. There is evidence of an early—now blackened—finish on all parts of this dressing table. Oxidation on all undersides of the dressing table is consistent with age and use. 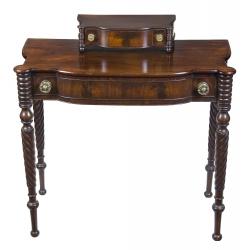 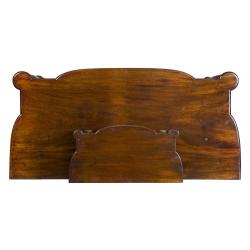 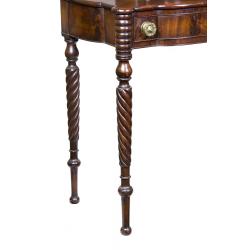 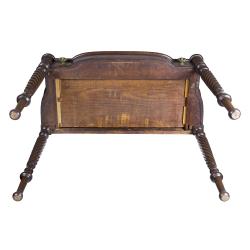 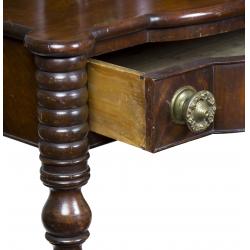 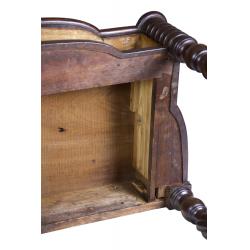 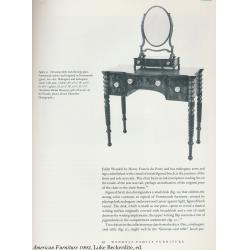